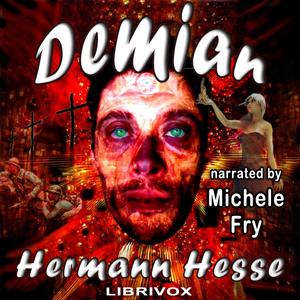 Somewhat autobiographical, this "coming of age" novel unfolds an introspective boy's formative years in pre-World War 1 Germany, from grade school through college. Hesse likens this confusing process to a giant bird struggling to break out of its egg (the protective shell of home, family, social norms), to be reborn as an individuated adult with his own goals, ideas and ideals. Much importance is given to dreams and their interpretation, Fate vs individual choice, Gnosticism (particularly the god Abraxas), opening up to one's unconsciousness, all showing the influence of Carl Jung's psychology. One of the book's major themes is the existence of opposing forces (good vs evil, society vs individualism, God vs Devil, etc.) and the idea that both are natural and necessary parts of the Whole. Adjacent themes are about puberty, sexuality, bullying, loneliness, mentorship, the divine feminine, psychic connections, questioning religious dogma, and the herd mentality. It is also a story of one soldier’s experience on the battlefield of WWI, feeling part of and being willing to die for a cause outside ones own control. Due to its controversial themes, Demian was first published under the pseudonym "Emil Sinclair" (the narrator of the story) but Hesse was later revealed to be the author. - Summary by Michele Fry, Soloist